Twitter put out an RFP for a vision that would bring premium live streaming video to the masses, making use of the latest hardware from Apple, Google, and Amazon. We had a few days to respond, so as part of the response we created a prototype that demonstrated a simple version of what we were trying to achieve.

We kicked off with a visit to San Francisco where we embedded with the Twitter team to ramp up as quickly as possible, ask technical questions, and iterate on design. We had a hard deadline, tied to the debut of NFL Thursday Night Football on the platform, with development beginning a mere 12 weeks prior.

The Twitter app required us to pull in and display content from Periscope, Vine, Moments, as well as Trending tweets, but the centerpiece was the live streaming video plus a timeline of related Tweets – something being actively developed in parallel with our own work. Twitter for tvOS and Fire OS shipped in September 2016 to positive press and user reviews, and top placement within the app stores. Apple named Twitter for Apple TV App of the Year for 2016. 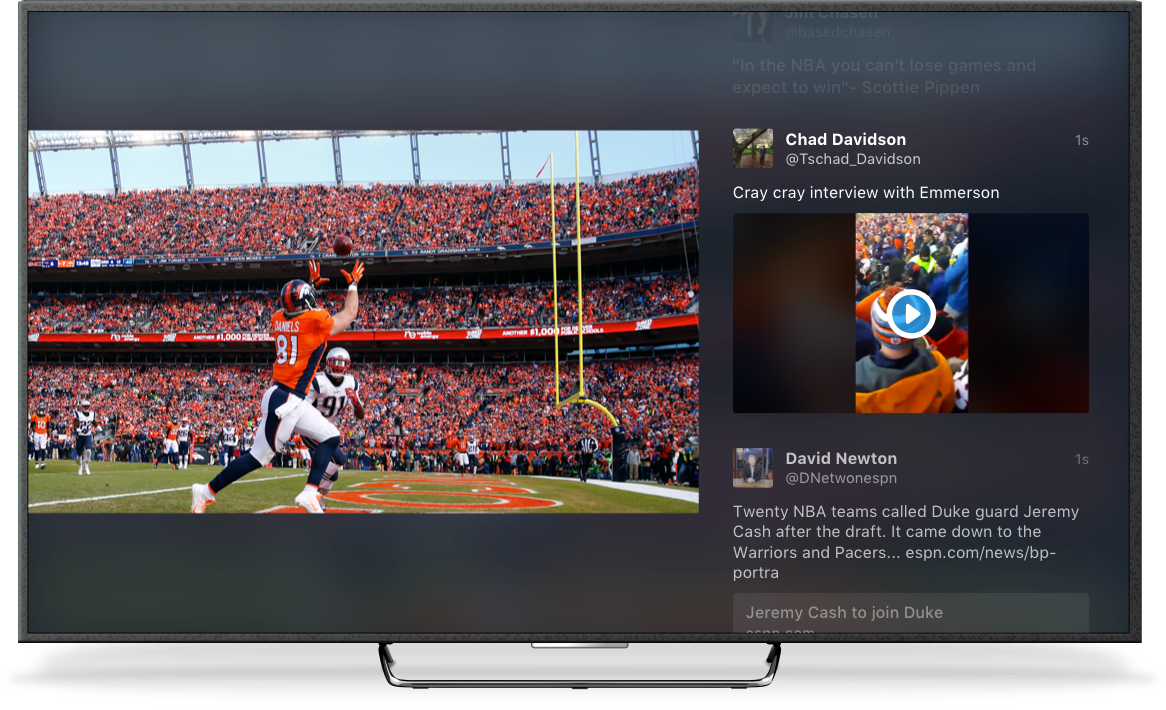 Twitter has re-focused the company around livestreaming video, and its deal with the NFL is the centerpiece of that new strategy. 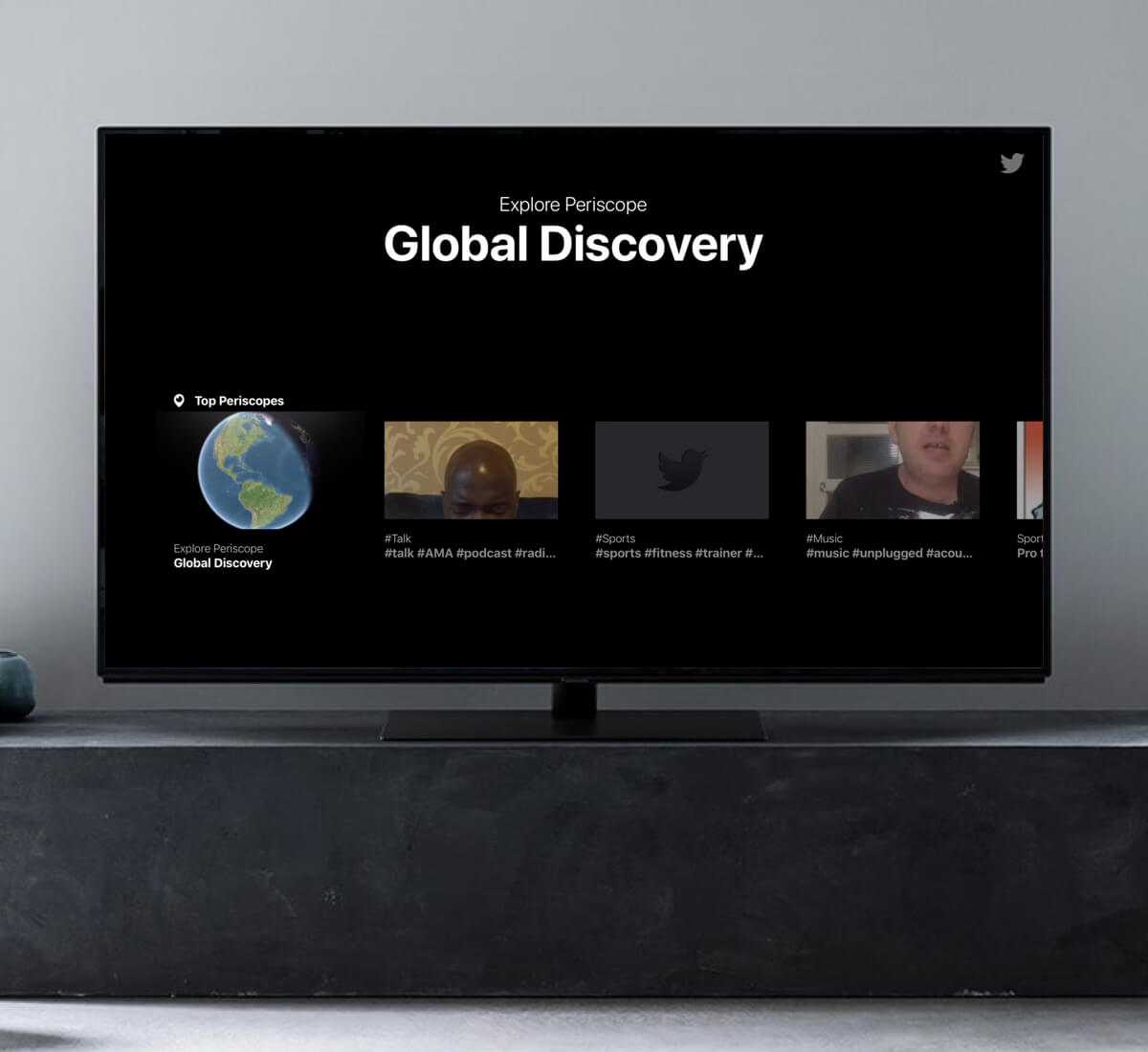 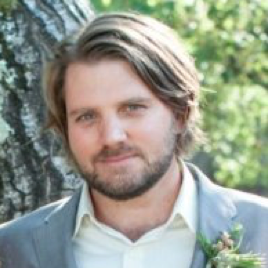 Thanks for doing the impossible, with a smile. #oneteam.

App of the Year Award from Apple